The December installment of Evil Podcast, produced and narrated by Dennis Serra, includes a reading of my Stygian short story, “There Shall Be No Night,” originally published in Demons, Devils, and Denizens of Hell 2 by Hellbound Books.

The podcast also includes “The Room of the Mad Nun” by David Turton.

You can purchase the print or e-book version of “There Shall Be No Night” in Demons, Devils, and Denizens of Hell 2 at Hellbound Books.

VOTE for the Supreme Champion of BeastBout 2017!

I had trouble sleeping the night I read M.R. Tapia’s new novella, The Die-Fi Experiment.

Sure, it might’ve been the fact that I left the heat on too high. Or the woman on my mind. But I blame at least half of my sweaty tosses and turns squarely on Tapia’s locomotive-paced storytelling, the disturbing images he conjures, and the maelstrom of emotions he drags a reader through.

Let’s be clear from the get go: The Die-Fi Experiment is not for the faint of heart. Nor, just to be on the safe side, anyone with any kind of heart condition whatsoever. While the sometimes graphic depictions of physical violence aren’t gratuitous—they serve almost exclusively to hasten the plot—they are, let’s just say…intense.

The premise of The Die-Fi Experiment is that a newlywed couple honeymooning in Japan are kidnapped and forced to compete in a gory game show in front of a live audience and the eyes of thousands of social media junkies. Think American Gladiators meets Saw meets You’ve Got Mail.

Cody Higgins submitted this intriguing and hallucinatory story to Josh’s Worst Nightmare and we’re including it in its entirety. You can check out more of his writing at Zen Mob Publishing.

The forest floor felt like home beneath my steps. Seemed I was most hesitant, of all things, about taking this walk in my bare feet. Of all things.

Touching the soil with each step that took me closer. Not being in others’ feet. Some feet churned out from massive lines of workers who wore yet others’ feet. But, it was scary too. We become so distanced from our earth. So afraid to touch, to not be protected from it. Can be hard going back. Felt, familiar though… to go back.

END_OF_DOCUMENT_TOKEN_TO_BE_REPLACED

A great review by Isobel Blackthorne of Demons, Devils, and Denizens of Hell: Volume 2, which includes my short story, “There Shall Be No Night.”

Here’s an excerpt: “From the thoroughly revolting, edge-of-seat horror-crime story ‘Duplicate Counterpart’ by John T.M. Herres, to the mysterious and compelling, and ultimately shocking ‘There Shall Be No Night’ by Josh Schlossberg, and beyond, there is much to savour between the covers of this anthology.” 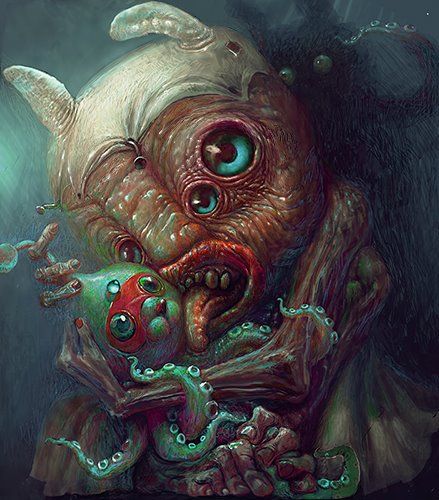