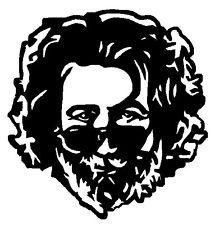 Read my flash fiction story, “Long Strange R.I.P.” in issue #5 of the Rock N’ Roll Horror Zine along with several other gnarly horror writers for a mere $4!

“Long time no see, Mr. Garcia.” Satan slouched on his throne of charred ribcages and femurs at the center of a vast dim obsidian hall. “Whatever can I do for you?”

The heavy-set, white-haired and bearded man—basically Santa Claus in glasses and a black T-shirt—stood with his feet planted wide on the ashy stone, sulfurous gases twining around his legs like friendly cats. “You know damn well why I’m here,” Jerry said.

“Written any new jingles?” Satan’s black lidless eyes oozed like tar as he scratched the mushroom head of the ghoul squatting to his side. “I still get a kick out of that one song. How does it go? ‘Set out running but I take my time, a friend of the devil is a friend of mine.’”

“Is my singing that bad?” Satan flashed hundreds of tiny, immaculate teeth and the thing beside him tittered. “I forgot to congratulate you on the Hall of Fame induction. Quite the honor.”

“Leave Vince alone.” Jerry stuck out a trembling pointer finger, the finger beside it absent.

“Ah, yes, how is Mr. Welnick? Still tickling the ivories to your satisfaction?”

Jerry shook his head, spraying droplets of sweat that evaporated in mid-air. “You can’t keep killing them.”